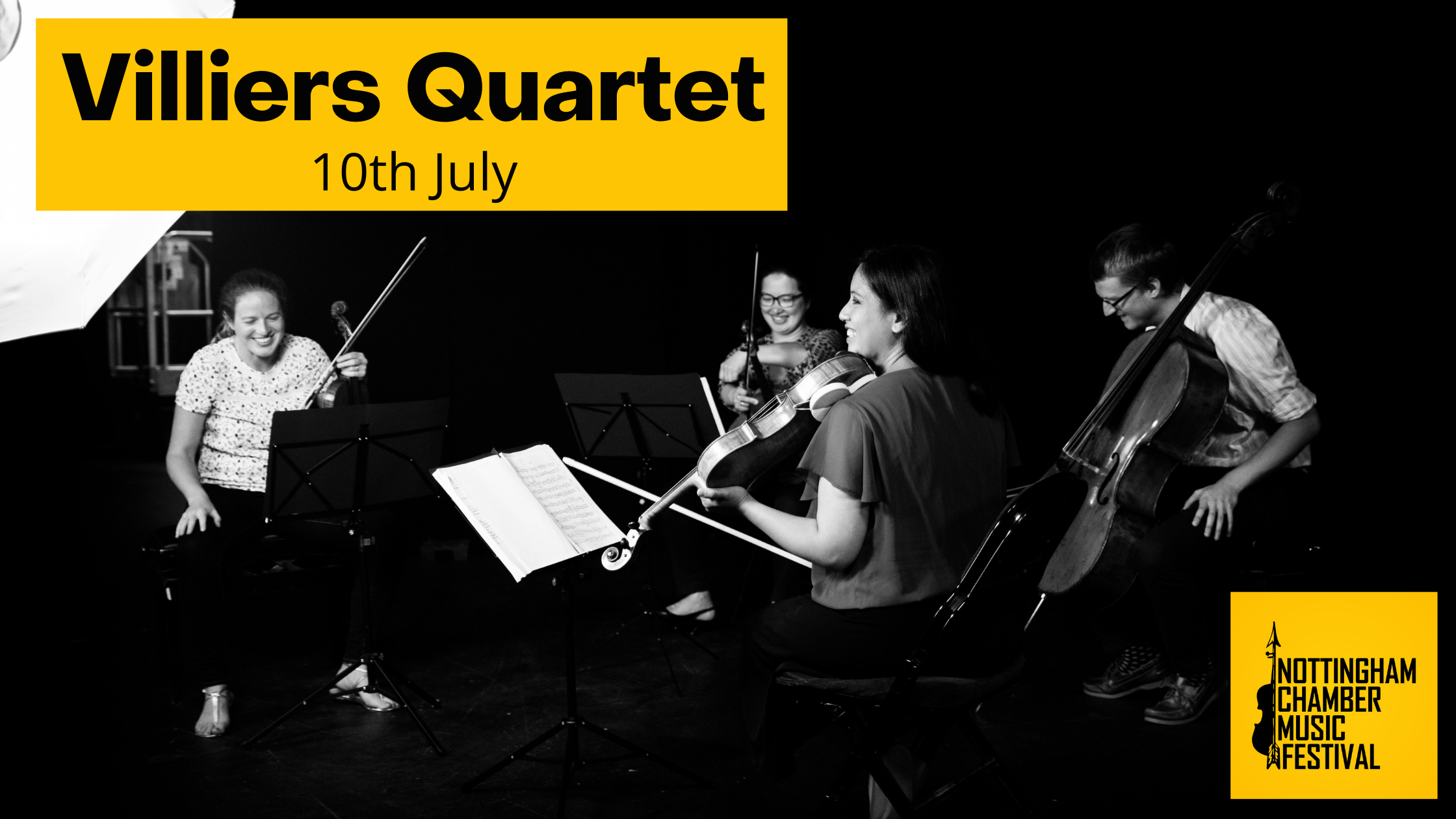 For the opening of the NCMF, The Villiers Quartet perform an evening concert of music spanning almost two centuries: Beethoven’s last major work, Quartet Op. 135 in F Major, written near the end of his life; and British composer Eleanor Alberga’s vibrant String Quartet No. 2, written in 1994. Following the concert, meet some of the artists afterwards in the lobby of the Squire PAC.

*All concerts last approximately one hour and are without interval

About the Villiers Quartet

Named after Villiers Street in London, the Villiers Quartet encompasses the grand and iconic spirit of the extraordinary music tradition in Britain and has been praised for “exquisite ensemble playing” (Seen & Heard International), and their absolute “commitment and virtuosity” (The Sunday Times). The Villiers Quartet is the Quartet-in-Residence at the Jacqueline Du Pré Music Building at Oxford University. Hailed as “Champions of British Music” (The Observer), the Villiers Quartet has become one of the most recognised quartets in the UK for the performance of British music.

The Villiers Quartet has been broadcast live on BBC Radio 3 from the Leamington International Quartet Series, and on NPO Radio 4 live from the Concertgebouw. The VQ has been featured on BBC’s  In Tune and also BBC One’s The Andrew Marr Show with pianist Alexis Ffrench and double bassist Leon Bosch. The VQ was the featured quartet on the BBC film Lady Chatterley’s Lover.

The Squire Performing Arts Centre opened in Spring 2017 and is one of Nottingham newest performing arts spaces. The theatre is an eco-conscious, versatile creative space for performing arts in Nottingham. The stunning state-of-the-art theatre is part of Nottingham Girls’ High School and has been named in honour of Dame Rosemary Squire DBE, a former student, to reflect her support of the project, her association with the school and prominent position in British theatre. The Squire PAC and Nottingham Chamber Music Festival have partnered this year to create events where students and families of all ages from all backgrounds can participate in music events tailored for young audiences and schools.