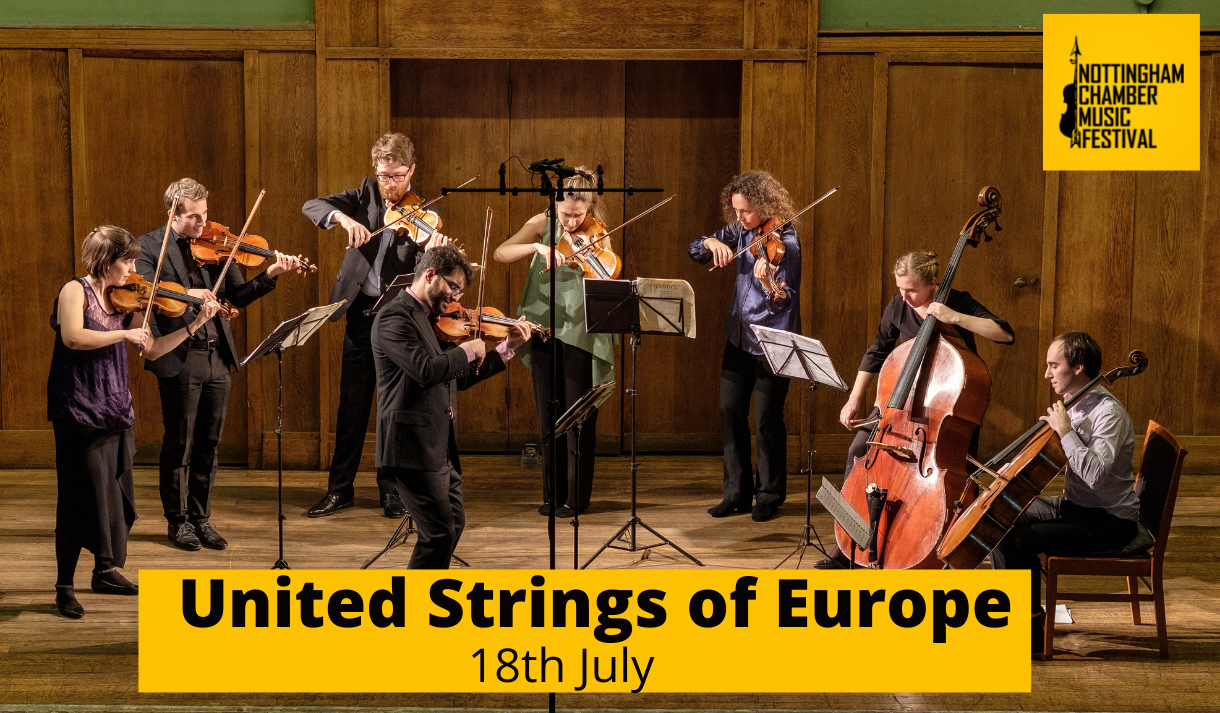 The Festival’s finale concert features the United Strings of Europe (USE), led by Artistic Director Julian Azkoul. USE regularly commissions and arranges music from a variety of musical cultures and backgrounds. For their closing concert, they bring their united vision that music and ensemble playing can enrich people’s lives.

*All concerts last approximately one hour and are without interval

About the United Strings of Europe

The United Strings of Europe (USE) creates profound musical experiences that celebrate diversity and bridge cultural divides. Praised for its original programming and ‘virtuosically expressive’ playing (★★★★ The Times), the London-based ensemble commissions and arranges music from a variety of musical cultures and backgrounds. Fostering collaborations with renowned soloists including soprano Héloïse Werner, violinists Amalia Hall and Itamar Zorman, and flautist Sébastian Jacot, USE also holds annual residencies in the UK (London and Cambridge), France, Lebanon and Switzerland.

At the start of the COVID-19 pandemic, USE signed a multi-record deal with leading independent classical label BIS Records, releasing its debut album In Motion to critical acclaim in November 2020. Featuring world premiere recordings and bespoke arrangements of music spanning three continents and four different centuries, the album showcases the ensemble’s infectious energy and stylistic versatility. USE’s second album Renewal (out in January 2022) featuring soprano Ruby Hughes will explore themes of loss and transformation. The agreement with BIS will see the ensemble record and release a new album every year.

Armed with the belief that music and ensemble playing can enrich people’s lives and promote cross-cultural understanding, the ensemble is committed to reaching new audiences through education work and initiatives that engage refugees and marginalised groups.

Julian won national chamber music competitions as a student of Ofer Falk, Stéphane Tran Ngoc and Mateja Marinkovic at the University of Cambridge and then the Royal Academy of Music before pursuing further studies with Lieke Te Winkel in Vienna. As artistic director of the United Strings of Europe, Julian directs the group from the violin, programmes and arranges music for projects and recordings, and oversees the ensemble’s outreach work. He is also the co-leader of Camerata Alma Viva, a guest artist at the Siete Lagos and Molaeb festivals, and first violinist of the Aurea String Quartet.

About St Mary’s in the Lace Market

St. Mary’s Church is the oldest religious institution in Nottingham, located in the heart of the historic Lace Market district. It is the largest mediaeval structure in Nottingham, with original building works dating from 1377 to 1475. The church contains many artefacts, including Nottingham’s oldest door from the 14th century. Sculptures of a lion and a unicorn dated c.1705 greet visitors at the West entrance of the church. Legend has it that Robin Hood came to the original site of St. Mary’s to pray.