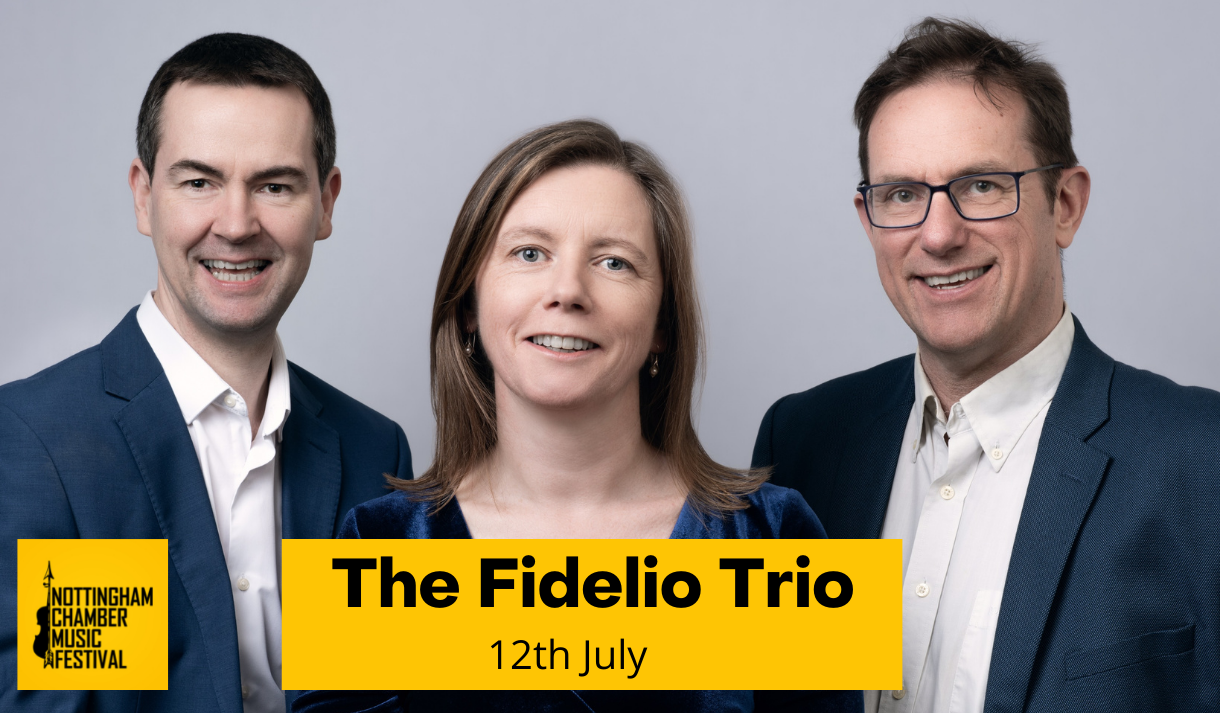 The Fidelio Trio brings their vibrant energy to the Royal Concert Hall, performing a beautiful programme of music for piano trio by two monumental figures of the Romantic period: Clara Schumann and Camille Saint-Saëns.

“I once believed that I possessed creative talent, but I have given up this idea; a woman must not desire to compose—there has never yet been one able to do it. Should I expect to be the one?” – Clara Schumann, 1839

Clara Schumann’s passionate Piano Trio was written during her husband Robert Scumann’s illness. While it was rare for a woman to become a significant composer in the European tradition of classical music before the 20th century, from a larger perspective of her multi-faceted musical life, it is clear that Clara Schumann was one of the most outstanding and influential female musicians of the 19th century. Whatever the context, sincerity or intent of Clara’s words at the time, she would continue to compose, ultimately producing well over thirty works in various forms and, what is regarded as her greatest achievement, the Piano Trio in g minor, Op. 17, written in 1846.

French composer Camille Saint-Saëns is best known as the composer of “The Swan” from his Carnival of the Animals. Recognised for his talent by contemporaries Rossini, Berlioz, Liszt, and later by his student Gabriel Fauré, Saint-Saëns composed a rich output of chamber music, including his Piano Trio No. 2, which remains the epitome of French chamber music. At the heart of the trio is the stunning Andante movement, music that reflects feelings of isolation, beauty, reflection, and renewal. Recently recorded to rave reviews by the Fidelio Trio, the Piano Trio No. 2 comes to life in the beautiful acoustic of the Royal Concert Hall.

About The Fidelio Trio

The “virtuosic Fidelio Trio” (Sunday Times) are Darragh Morgan, violin, Tim Gill, cello and Mary Dullea, piano. Shortlisted for the 2016 Royal Philharmonic Society Music Awards, the Fidelio Trio are enthusiastic champions of the piano trio genre, performing the widest possible range of repertoire on concert stages across the world; they are broadcast regularly on BBC Radio 3, RTÉ Lyric FM, and Sky Arts; they have an impressive list of commissions and first performances from the leading and newest composers and have a large discography of highly acclaimed recordings.

About The Royal Concert Hall

The Royal Concert Hall in Nottingham was built in 1982 and is part of a larger complex that also includes the Theatre Royal. With striking modern architecture, the hall hosts classical events for many of Nottingham’s musical organisations, as well as annual visits by the Halle, CBSO and BBC Philharmonic Orchestras. The auditorium has a seated capacity of 2,200. After being closed for over one year during the Covid-19 pandemic, the Royal Concert Hall has re-opened to welcome audiences back for performances.